What is a Dashcam and why is it useful?

Record everything that’s happening in front of you when you’re behind the wheel.

A dashcam, or a dashboard camera, is a video camera that records the road ahead from the inside of a car. It could be a standalone device that can be placed on the dashboard or take a form of an application that turns your phone or tablet into a dashcam (as it is with the one in Sygic GPS Navigation). The price for an app or an app add-on is likely to be a lot lower as it is with the standalone mounted camera.

The Dashcam feature is integrated into the Sygic GPS Navigation and other navigation apps made by the company. A driver can simultaneously see driving directions, while recording the road ahead. Dashcam is one of the Add-on features.

The default setup of the camera records a 5-minute-long video and stores it on the device’s temporary storage (cache). Once the interval has passed, the old footage will be replaced by a new recording. This setup saves the storage space, so your phone won’t be filled with videos from the route. Just imagine if your phone would record a 2 or 3-hour trip – it would probably stop sometime throughout the drive as your phone would quickly run out of memory.

An example of how this works: You begin your route and start the Dashcam, drive for an hour, and you decide to save the video. After hitting the save button, you will store the last 5 minutes of the route, therefore the 55th-60th minute. This 5-minute loop will only be saved into a permanent video file, if you tell the navigation app to save it manually, or in case of a crash, the app will store it automatically. This happens when the app detects a sudden change of speed through the device's accelerometer (when the G-force is too high), which can indicate a collision or other incident.

The feature is developed so you can save the video footage in case of an accident – either as a proof of your innocence or someone else’s fault when you’re the victim. The footage can be provided to the other party, police, or insurance company. Some courts may even consider it as evidence.

Watch the Sygic Dashcam in action:

The Sygic Dashcam stores not only the video footage, but also the time, the GPS coordinates and the current speed of the vehicle you’re driving. The Sygic GPS Navigation app will also record while the car is still, e.g. parked or has stopped at a red light.

The image quality is the same as the quality of videos recorded by your phone – the greater the resolution, the better videos. Modern smartphones have no issues in recording a high-quality sequence and therefore suffice for this purpose sufficiently.

Please note that running the Dashcam will drain the battery faster.

Why would you need a Dashcam?

Let’s be honest, professional drivers and people who are on the road quite often are much more likely to benefit from dashcam recordings, and they are statistically more likely to come across an incident on the road. But that does not mean that typical or even occasional drivers won’t find a dashcam extremely useful. They too can get involved in an accident or even cause one. In cases like these, a dashcam can be your best friend, an “eyewitness” that saw what has occurred.

And we’re not talking about car crashes you are directly involved in. You may also just happen to be at the right place at the right time and record evidence for someone else. It’s not uncommon that involved parties have their own view on what has happened (different from one another) and you might provide a 3rd, unbiased view on things and help others.

Now, when it comes to the Dashcam, it’s pretty much the same as with house hunting because the key is the location, location, location. In order for it to function properly (understand: record what needs to be recorded), the phone needs to be placed in a way that allows the camera to pick up the broadest view possible. In a case of a crash or other incidents, objects don’t always come from the front and so if the camera lens is able to partly record the sides as well, you’ll have better footage later.

You might have seen funny videos made by dashcams recorded in Russia. Why is it that this country happens to have so many dashcam recordings? It’s not only because of the size of the population compared to smaller countries, but also because insurance frauds have become a widespread issue in Russia. Pedestrians try to stage hits to claim reimbursement and that’s why dashcams come in handy to serve as a proof of what has actually happened. 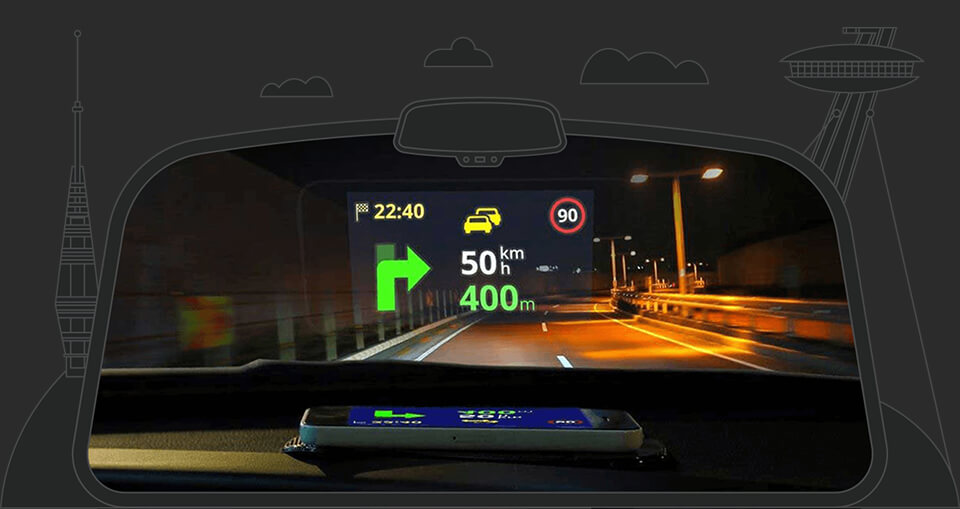 What is a Head-up Display a.k.a. HUD

Project navigation onto the windshield of your car. Head-up Display allows you to keep your eyes on the road and your hands on the wheel.… 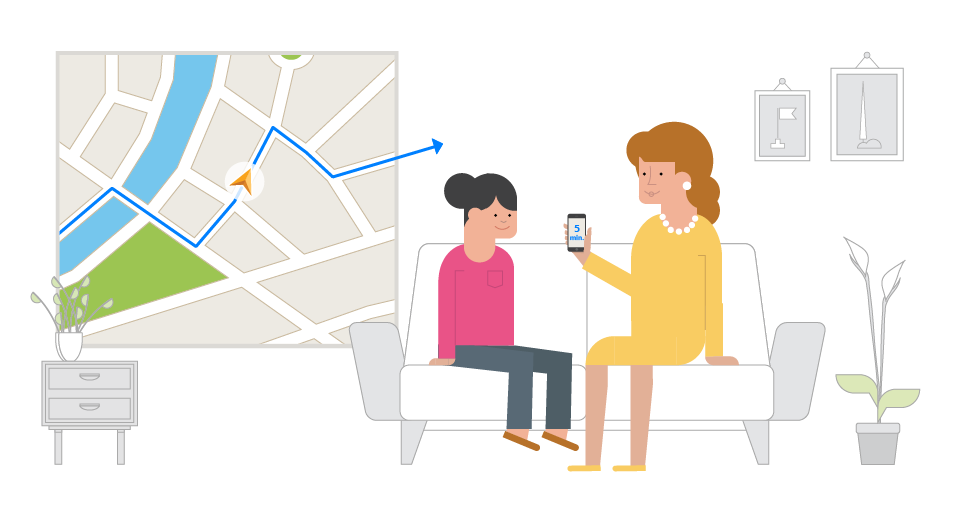 Let your family know when to expect you as you head home from work. Or your friends how close you are to picking them up. With a simple message… 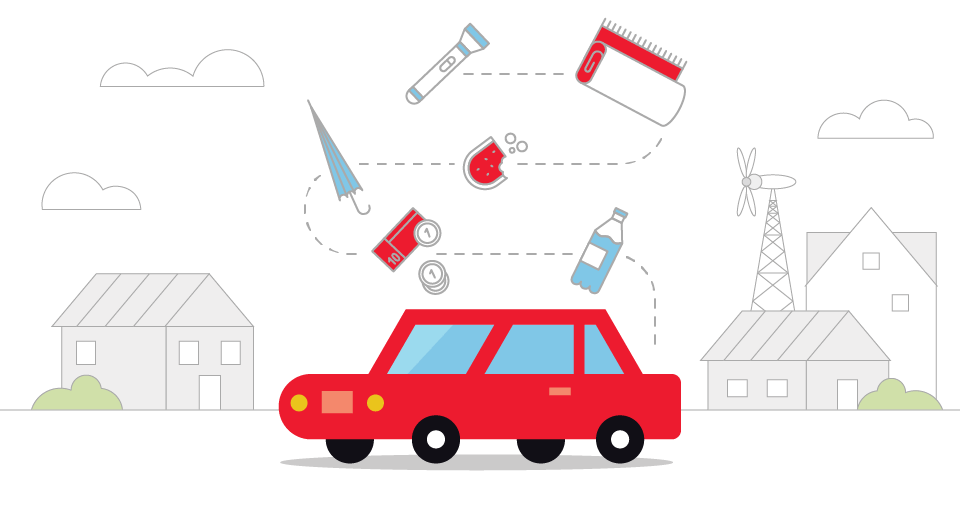 The Ultimate Checklist: 10 Things to Keep in Your Car

Every car should have an emergency kit and necessary safety items. There are, however, numerous other things that will make your life more…