Behind the Wall of Google’s Dominance, Opportunities Lie

Cutting Google out of your life probably sounds incomprehensible to most people. The ways in which it has spread into the nooks and crannies of our technological existence are almost countless. As we regularly interact with Google services through Gmail, YouTube, Maps, Chrome, and much more, it begs the question: What if it didn’t have to be this way? And is such reliance on a monopolistic environment actually a good idea, even if it is annoyingly convenient?

In the wake of the Google-Huawei ban that came as the latest development of the US-China trade war, and amidst increasing privacy concerns, it’s entirely possible that a growing number of people will be ceasing to use Google’s services. Huawei’s CEO, Ren Zhengfei, even stated that Google stands to lose 700-800 million users if the company doesn’t load Google’s services. And in the empty space that is left lies a more diverse universe of smaller alternative services that are trying to gain leverage in the spaces left open by Google.

Boasting at least seven products with over one billion users, it’s no surprise that Google engages in extensive and intrusive data collection on all online services, apps, and websites to fuel its advertising and marketing business.

Yet the company’s recent claims of improvements to privacy measures, including simpler controls to tracking cookies on the Chrome web browser and making it harder for companies to use fingerprints, have been received as a step in the right direction - but not extensive enough. These new measures will only be effective if people opt to use them, an action which the vast majority of Chrome users are unlikely to undertake.

So, with geopolitical statements like the Huawei ban combined with growing criticism over user tracking meaning that people will increasingly turn to alternatives to Google-run services and apps, what alternatives exist as an example for smaller platforms to grow in this space?

Stop “Googling” it
A growing number of private and alternative search engines have emerged as an alternative to Google search, which records a user’s IP address, search terms, user agent, and often a unique identifier which is stored in cookies. This results in highly personal information being disclosed in order to make up your “data profile”.

So, for those that don’t want their searches to be tracked, sold to third parties, and turned into money made on targeted ads, there are a number of alternative search engines available. Startpage has advanced privacy features and customizable settings, and even uses results from Google but with added privacy protections, options for proxy viewing, and no data collection.

DuckDuckGo is another privacy-minded search engine and currently has 1% of market share in the U.S. CEO Gabe Weinberg is committed to user privacy, recently stating that not being tracked by ad networks should be the default, rather than something you have to opt into. Its search results are generated from over 400 sources including Bing, Yandex, Wikipedia, and Yahoo.

Other search engine alternatives include Searx, Qwant, and Metager.

Say no to Gmail
Every email, attachment, and image sent through Gmail is tracked by its parent company. In fact, Google was caught scanning users’ emails for personal information to use for targeted ads in 2017. A year later, it was discovered by the Wall Street Journal that Google had been allowing third-party apps access to customers’ emails.

Luckily, email platforms that provide a secure alternative to Gmail are emerging. For example, Tutanota is a Germany-based email service that’s committed to user privacy. The service has high security and encryption standards, it doesn’t require a phone number for verification, and is available as an app on iOS and Android. Others include Mailfence, which offers full calendar and contacts functionality, file storage, and PGP encryption support, and Posteo, which encrypts all subjects, headers, email bodies, metadata, and attachments.

Alternatives to YouTube
Every video watched on YouTube and the time spent watching it, every click, and every comment are being used to form a detailed online profile of each individual user, which is then sold to third parties, used for targeted ads, or even given to government surveillance bodies. Public thinker on this issue Renée DiResta has exposed the misinformation campaigns that have taken place on YouTube. Trending algorithms on the platform push content that’s likely to go viral, often resulting in extreme and misinformed videos landing in a user’s “recommended” section as they browse the site.

However, YouTube dominates the space in which it operates (the platform has over 1.9 billion logged in monthly users, and over 400 hours of content are uploaded every minute so it’s no surprise that its video-streaming alternatives don’t quite match up in terms of the volume of content available. But what they do offer is a service that doesn’t intrusively and illegally track users: Vimeo gives its users ad-free video streaming, and Dailymotion does not transmit data to third parties, but it does allow them to serve ads on the site using non-personally identifiable information.

Navigation without the intrusion
The tracking that occurs through Google Maps is possibly the most shocking and intrusive for its users. Google is so desperate to know where you go that it even records users’ movements after they’ve told it not to, reported the Associated Press. The AP investigation found that Google services on Android devices and iPhones were still tracking users’ location history after they had turned the function off in their settings.

So, what other maps tools are available that can compete with the functionality of Google Maps or Waze, without breaching its users’ privacy? Alternatives for mobile devices include OsmAnd, which is free and open-source, along with Maps (F-Droid) and MapHub, which both use OpenStreetMap (a PC alternative) data, the latter of which does not collect locations or user IP addresses. And for those that don’t want to sacrifice functionality, there are global navigation apps available that include offline maps with rendered 3D buildings - and are available in the Huawei store.

The thought of life without Google might seem unrealistic to many, but it’s certainly possible — and will soon become the only option for many Huawei users. And with Google’s track record on privacy, being unwillingly forced into a Google-less life may not be the worst thing to happen. So for those that will no longer have access to Google service thanks to the US/China trade war, and those that are concerned with their intrusiveness, real alternatives exist that can provide an excellent service — without surveilling your every move. 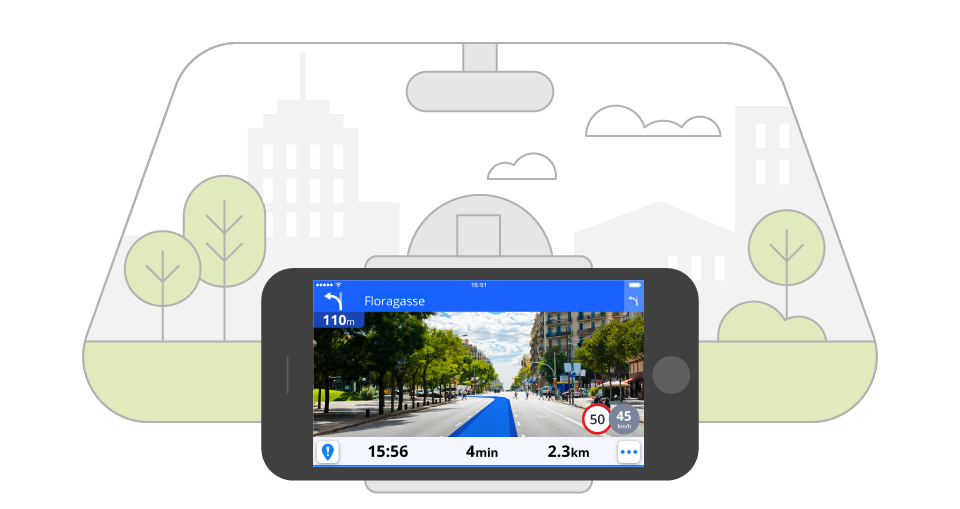 Augmented, intelligent, integrated: This is how we see the future of navigation

Imagine a self-learning lightweight algorithm of the near future capable to report an accident or a traffic jam without a tap, with potential to… 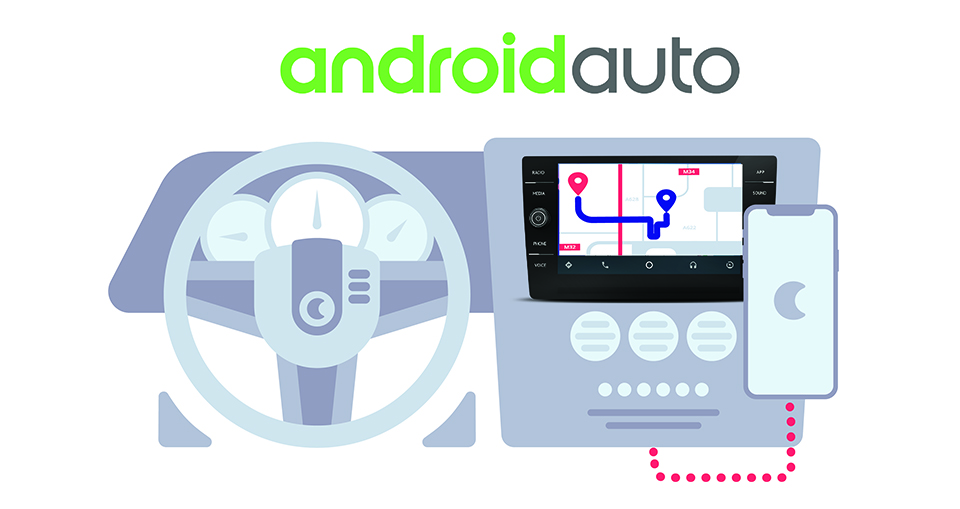 Sweat swells down from our foreheads, our heart rate reaches deadly levels, and there’s an antistress ball in both hands. We are going to watch G… 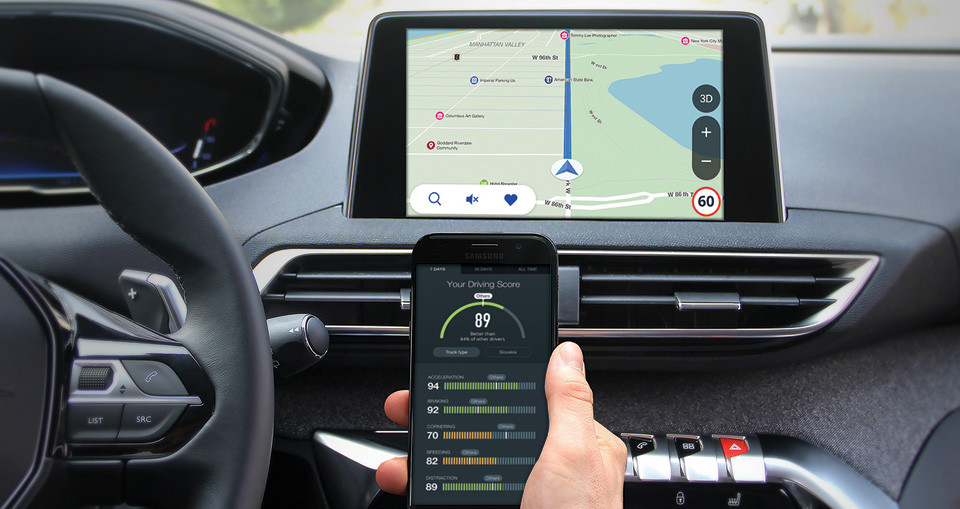 How to Build Successful Automotive Apps with a Gamification Strategy